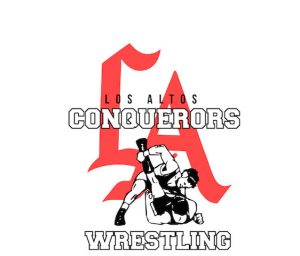 Training in and out of the wrestling room and giving 100 percent effort at all times, the wrestling team is fighting vigorously to prepare for league matches and be ready for CIF.

With a second place finish in league, 9 wrestlers qualifying CIF, and 2 moving on to masters, the team had a good run last year. “This year will be different,” claims wrestling team captain Adrian Ojeda. “Everything done in practice helps big time because you learn but also correct your mistakes to overall improve yourself,” Adrian adds on.

Going through intense practices every week Monday through Thursday from 3-6 PM is the norm for the Conqueror wrestlers as Jadon Rocha states, “Football players say our practice is more difficult than theirs. We need to have these long and extreme practices to be in the best shape of our lives,” Rocha continued.  The wrestling team has lots of team bonding while spending so much time together, but are competitive with one another when it comes to determining their spots. Every week, they have wrestle-offs to determine who will be wrestling on the Varsity and JV teams for their weight class.

Every wrestler has their own personal goal, “What I’m looking forward to the most this season is improving and showing that improvement on the mat. The practices don’t just help physically, but also mentally,” says Ismael Ojeda.

The team is off to a strong start to their season as they opened the season with victories over South El Monte and Wilson. Last week the team competed in a 4-way match with Whittier, Schurr and Wilson. The girls wrestling team at Los Altos is steadily growing and they took part in the West Covina Tournament this past weekend. Returner Nya Williams placed 4th in her weight class and newcomer Natalie Hernandez placed 6th. The Conquerors will visit La Serna on Wednesday  and then compete in a 4-way meet with the other 3 high schools in the district on Thursday at La Puente.