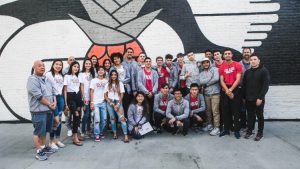 The Boys and Girls Basketball programs at Los Altos are experiencing a level of success that has never been seen before. Both programs won league titles, won 20 games this season, are ranked in CIF, and both will host CIF playoff games. The Boys pulled off a 3-Peat as the Conquerors won their third straight Hacienda League title. The Girls have gone back-to-back as league champs with their second straight.

The Girls Basketball team clinched a share of the Hacienda League title with a victory over Diamond Ranch on Thursday. The team went 9-1 in league and shared the title with Walnut who also went 9-1. Both teams’ only league loss was to each other. The Conquerors won the coin flip to send the team to CIF as the #1 seed from the league, which should result in a first round home game. The girls finished the regular season at 20-6, making this the third straight season of 20 or more wins. The Lady Conquerors are ranked #16 in Division 2AA and should get a competitive draw in CIF.

The Boys Basketball team clinched their 3rd straight Hacienda League title on Tuesday with the 104-70 victory over West Covina. The team was undefeated in league and hit the 100-point mark against 2 different league foes.  The boys were dominant in almost all of their league games and only dropped 3 games in the non-league contests. A 24-3 overall record has earned them a ranking near the top of division 2AA as well as a ranking in the LA Times Top 25 for most of the season. The Conquerors will host a CIF Playoff game in the extremely tough CIF Division 2AA. 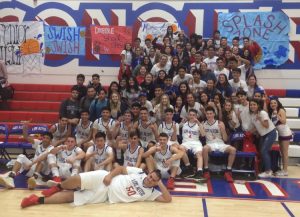