Los Altos Head Baseball Coach Gabe Lopez was the recipient of a great honor over the weekend at his Alma Mater, San Jose State.  Coach Lopez was inducted into the San Jose State Baseball Hall of Fame and took part in a ceremony in which he was named a Legend of Spartan Baseball.

This is an amazing honor and a well deserved one for Coach Lopez. As a junior, Lopez hit .353 and led the Spartans in hits, runs and triples.  The next year he led his 2002 squad in batting average, hits, RBI’s, doubles, walks and stolen bases and started all 62 of the teams games that season.  Coach Lopez was named First Team All-Western Athletic Conference twice and was drafted in the 17th round of the 2002 MLB Draft by the New York Yankees. 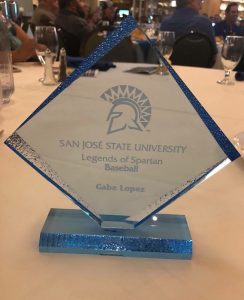 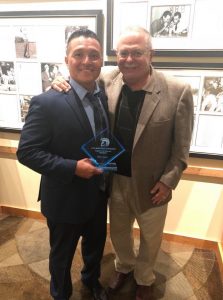 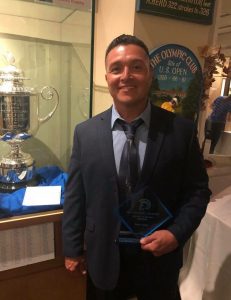