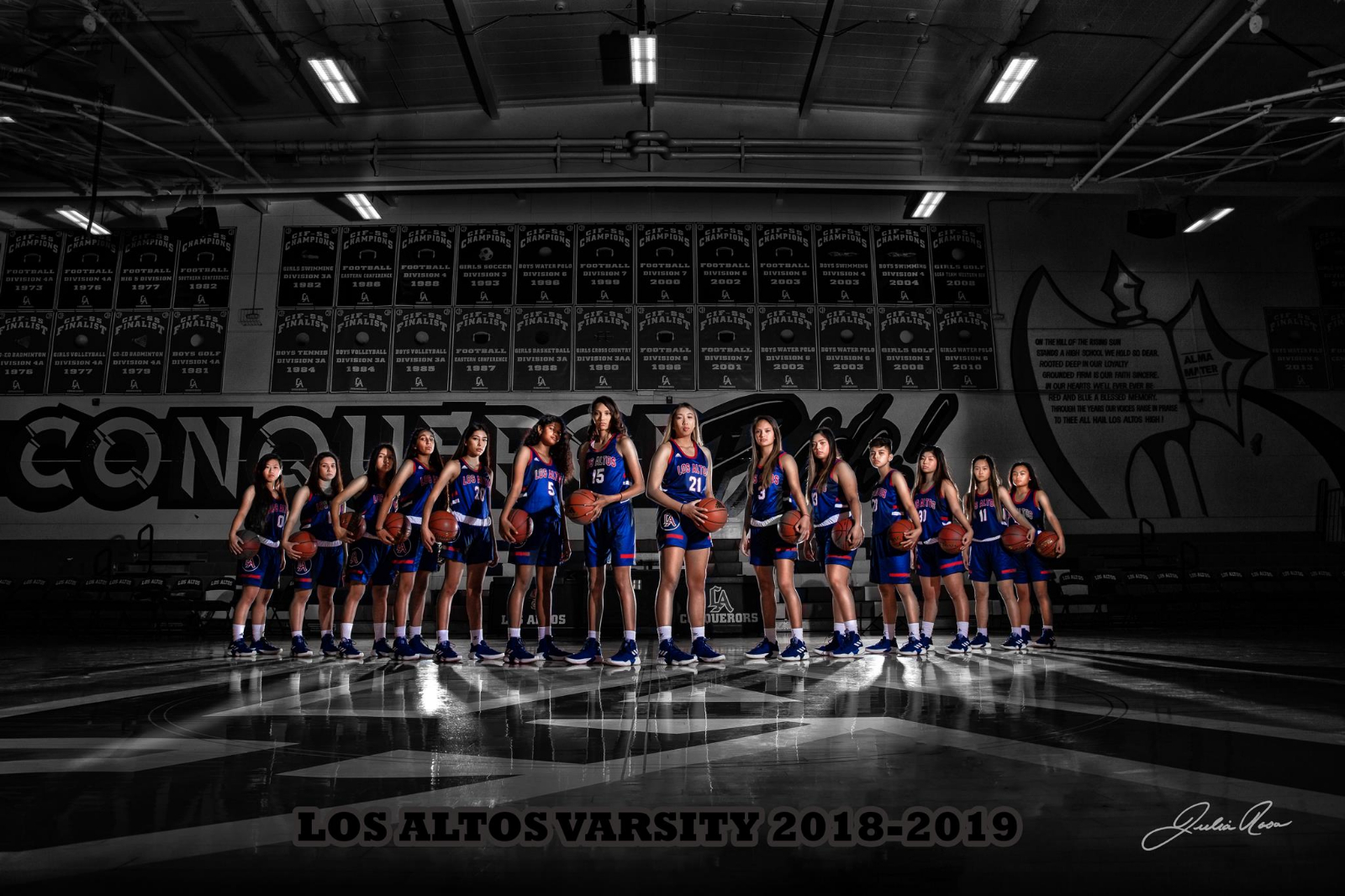 The Lady Conquerors Basketball team is off to another great start to their season  and are already battle tested as they have competed against some tough competition from the Inland Empire and San Gabriel Valley.  The girls are currently 9-3 after 2 tournaments and 1 week of league play. The girls won their season opener against Torrance and then reached the championship game of the Lady Mustang Tournament hosted by Roosevelt.  The team won their first 3 games before falling to host Roosevelt in the championship.  The team next played in the San Dimas Tournament and went 2-2 as they fell to Chino Hills and Upland after beating Nogales and Bonita.

Last week the girls opened league play and emerged in sole possession of first place.  The home opener against Diamond Ranch was a tight game that saw the girls battling to hang on to a 2 point lead going into the 4th quarter and a 6 point advantage with 5 minutes left.  The Lady Conquerors finished strong in those last 5 minutes as they defeated Diamond Ranch 67-56. Danielle Pineda led the way with 21 points and Christine Liao added 11.

Friday nights game saw more of the same as the Lady Conquerors defeated league rival Walnut 59-41.  Through 12 games this season, Junior Maddie Roel is averaging 18 points, 6 rebounds and 3 assists while Danielle Pineda is averaging 13 points.  Christine Liao has been a pleasant surprise running the point and adding 6 points per game. Transfer Emma Magana will contribute when she becomes eligible over the break and freshmen Jackie Mai and Vhenus Gaoa have contributed significant minutes.

This week the girls will play in the Orange County Marina/Edison Tournament.  In the tournament opener, Los Altos stifled Mountain View 78-23 with four girls scoring double digits. Danielle Pineda had 20 points, Madelyn Roel and Emma Magana each scored 16 and Jenica Hernandez added 11.  The girls are back in action on Thursday at 4:30pm at Marina HS.