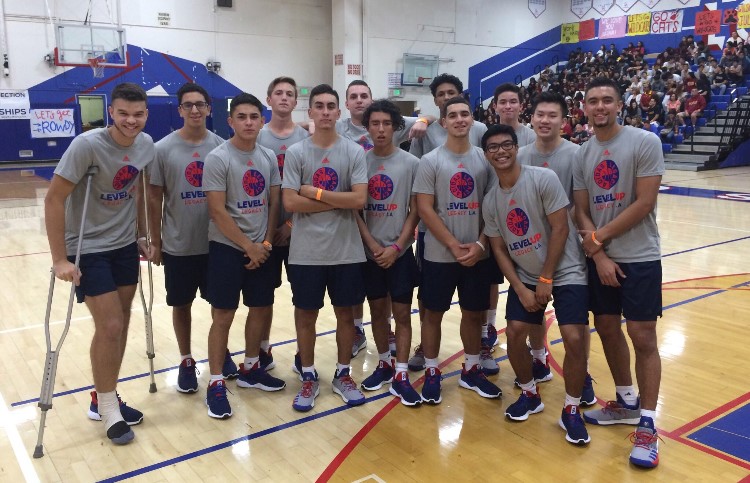 It was a showdown in the Heights as Jarod Lucas and the Conquerors led early and never looked back. Los Altos and South Hills both started off the game with impressive defense making both teams offense’ look sloppy.

The Conquerors came into thegame with a 13-5 record facing off against the 10-9 Huskies. Los Altos started off the season with a 4-4 record but have been dominant in the last ten with a 9-1 record. This is due to offensive super star and Oregon State commit, Jarod Lucas. Lucas went into tonight’s game as the leading scorer with 38.4 points a game.

As for the Huskies the team has struggled thus far, losing five out of the last eight and having a 1-2 record in league. South Hills record may fool some as five of those losses came from top tier opponents.

South Hills broke the ice scoring on a three pointer early in the quarter. The Conquerors and Huskies went back in forth for the first few moments, until Lucas started draining shots from deep. Lucas put on an offensive performance as he drained threes and was taking it to the rack, which put Los Altos up 21-13 after the first.

Moving on to the second the Huskies tried to double and triple team star Jarod Lucas but nothing stopped his dominance as he added another 19 points finishing the first half with 33 points. Isaiah P.  led the Huskies with 8 points. The game was intense as both teams were getting aggressive on defense and taking charges back and forth.  South Hills tried to double team Lucas but were unable to make any stops.

“You know I felt good out there, I think one thing for me was my shots were falling early and that opened up things for the rest of my team. I think the big thing for us was playing against some of these top tier teams and it’s getting us better,” said Lucas.

In the third quarter Los Altos big man Christian Cavanias scored 6 while guard Isaiah Barcelo added 4. The Huskies made a run of their own as Forward Ahmael H. scored 6. Little by little the Huskies were fighting back, but with 3:23 to go Lucas ignited the crowd with a one handed jam after he zoomed past three defenders.  Dion Porter was a force in the paint and in transition, he was picking pockets, cashing in free throws and hitting open jumpers.

Porter said, “I’m feeling real good, I feel like we played a great game. We shared the ball and everyone was hustling out there, playing defense and rebounding. It was a great team win today and we couldn’t have done it with out each other.”

The fourth quarter is much of the same story, the Huskies got it to within 8 with 3 minutes to go but Jarod Lucas and company took care of business as they dominated on both sides of the ball. Lucas led all scorers with 49 and Dallay M. led the Huskies with 15. It was a tough night for the Huskies as every scoring run was counter by a flurry of LA threes or great transition scores.

“We need to keep the same attitude, and keep the same energy we had tonight going forward. A lot of shots were not falling but we will continue to work and should play good the rest of the season,” said Porter.

Jarod Lucas finished off the night with 49 points and now trails Liangelo Ball by 11 points for the number 4 spot on the CIF-SS all-time scoring list. Lucas is chasing the top spot 3,284 held by Glendora great Casey Jacobsen. As long as Lucas keeps his average of 38 points per game he will be well on his way to being the sections leading scorer.

Lucas said, “That’s a great accomplishment, I am extremely blessed, I know I put in the work and I could not have done any of this with out God.”

The Conquerors dominated South Hills, Improving to 14-5 and 4-0 in League.  South Hills drops to 10-10 and 1-3 in league. They  will continue league play vs  Charter Oak next Wednesday at 6:30pm. 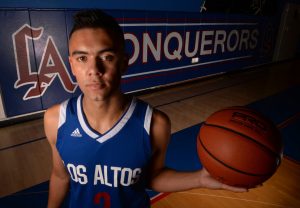 The Oregon State-bound senior had quite a week, moving to No. 4 on the CIF Southern Section All-Time scoring mark with 2,951 points. In three games, he scored 54, 49 and 44 points this week, giving him a whopping average of 49 points in those three games. He is averaging 39.2 points per game and could become the CIF-SS all-time scoring champ when the season is finished.