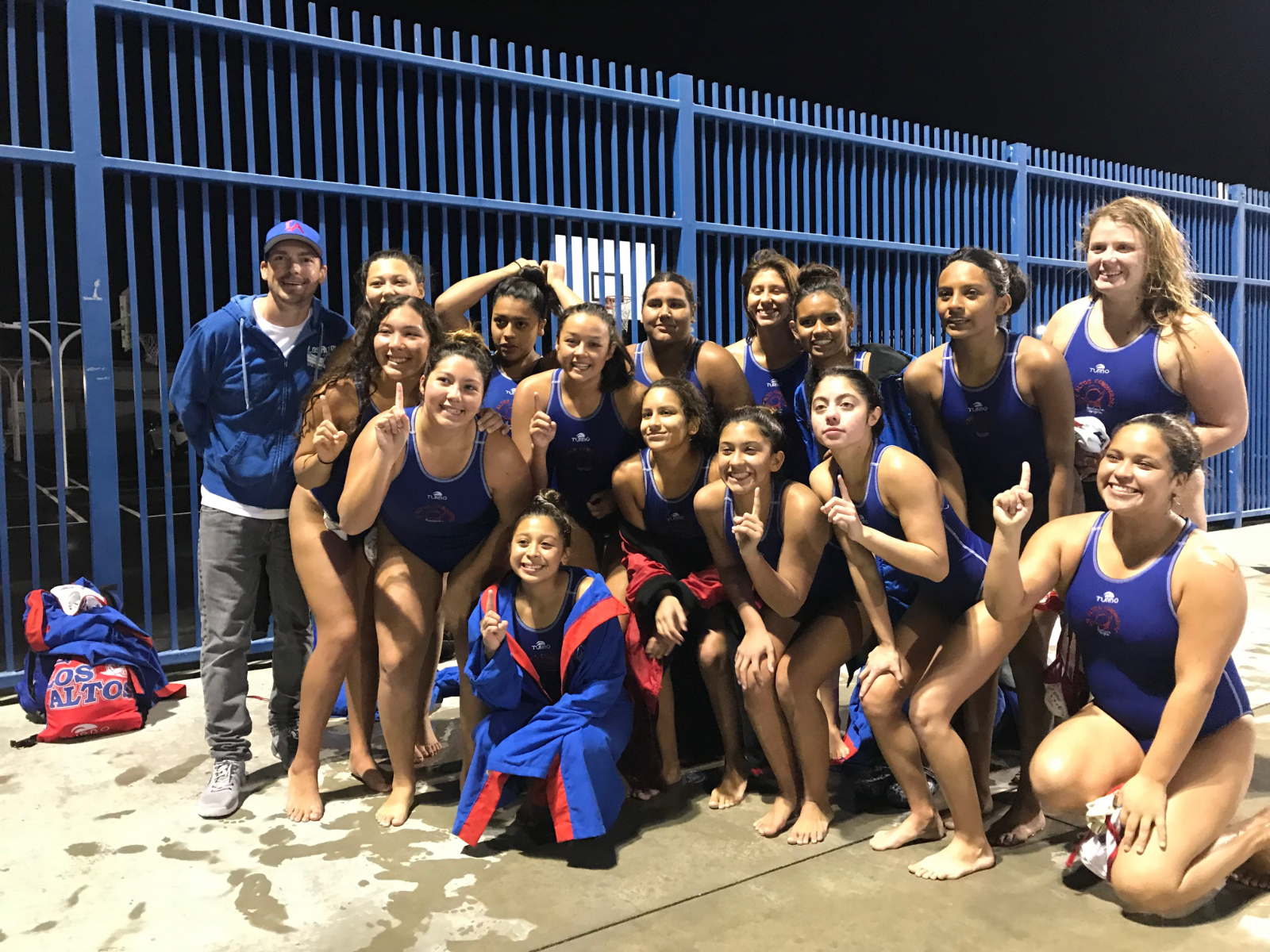 The Lady Conqueror Water Polo team had an amazing start to the season, winning 11 of its first 12 matches.  The season hit a bit of a rough patch as the team lost 4 in a row starting with a league loss to Webb.  The girls tried to right the ship in the Conqueror Classic Tournament before taking part in the Hacienda League Tournament.  The squad had a couple tough losses in the Conqueror Classic but felt tested and ready to compete for a league title.

After 1 round of league play the Lady Conquerors were in second place behind Webb.  This set up a matchup with Walnut in the first game of the Hacienda League Tournament.  The team battled a pesky Walnut squad and hung on for an 5-3 victory.  The win set up a showdown with Webb for the league title.  Winner would win league outright.  The Conquerors took a 3-1 lead into the 4th quarter but found themselves tied at 3 with 40 seconds left.  After a timeout, the Conquerors ran a play that got a Webb defender ejected after which Coach Coleman called another timeout.  With 20 seconds left, Genovieve Castillo scored what would be the game winning goal giving Los Altos the 4-3 victory and the league championship.

The JV Girls Water Polo Team had a strong season which was capped off with a league championship. Congrats Ladies!