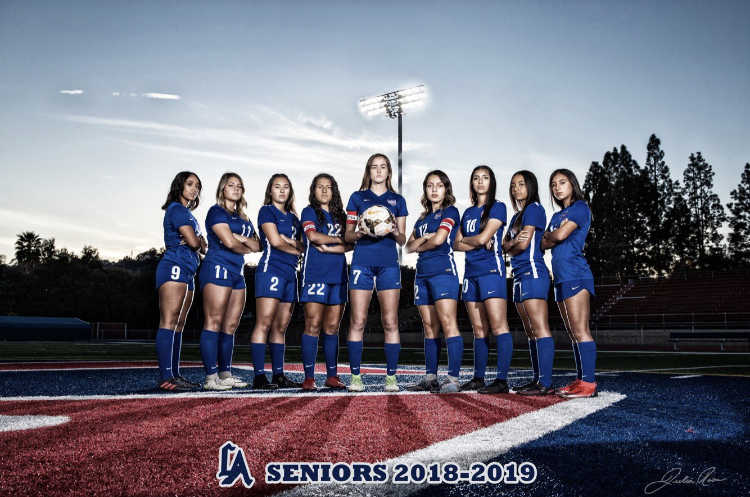 The Los Altos Girls Soccer team has been playing quality soccer of late and that continued in the first round of the Division 4 playoffs on Wednesday.  The team traveled to Fontana to take on Western Christian, the first place team from the Ambassador League, and braved chilly weather to come out on top.

Madison Hagerty got things going midway through the first half with a goal to put the Conquerors ahead.  Late in the first half, Western Christian evened things up with a shot that just escaped the fingertips of Los Altos goalie Kaitlyn Bolanos.  The second half was a different story as the Conquerors put pressure on the Lancers with numerous shots on goal including a couple that hit the post and one that sailed just over the crossbar.  However, Madison Hagerty was able to find the back of the net twice in the second half to make it 3 goals on the day.  Those 3 goals proved to be enough as Los Altos finished off Western Christian to advance to the second round.