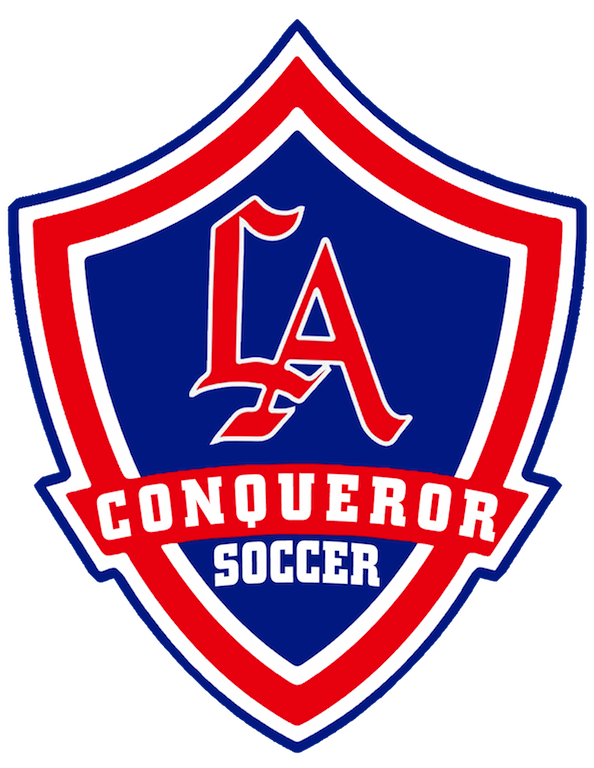 The Los Altos Conquerors gave the number two seeded St. Margaret’s a run for their money in the second round of playoffs. It was a double overtime thriller but the Tartans came out on top 2-1.

From nothing to something. A season ago the Los Altos girls soccer team finished 10-16 and were not expected to make playoffs this year. Los Altos started the year off 1-6-2 and had no chance of making the playoffs, but with a little spark and a new perspective things started clicking for the ladies.

The Lady Conquerors finished off the season 10-4-2 and found a spot in the first round of Division 4 playoffs.  Being a lower seed Los Altos traveled to Fontana to take on Western Christian (16-5-1), the first place team from the Ambassador League.

No one expected the Conquerors to beat Western Christian but Los Altos found a way to put pressure on the Lancers with numerous shots on goal, and senior forward Madison Hagerty’s 3 goals put them on top 3-1.

Hagerty said, “Making it this far just makes me so proud, because I know everyone tried their hardest. We haven’t made it since my freshman year because that was the last time they made CIF. These past two seasons we didn’t make it and we pushed really hard this season and I just think we all connected really good.”

Now matched up against the number 2 seeded St. Margaret’s (17-1-4), the Lady Conquerors had another challenge they had to take on.

The Conquerors went on the offensive attack early. Vanessa Johnson took a shot on goal early in the third minute but was deflected. Moving onwards towards the 11th minute, Tartans’ foward Kang clanked a shot off the right cross bar and junior goalie Kaitlyn Bolanos was able to block the next shot.

Hagerty split the defenders and made a strong offensive push in the 20th minute. The goalie deflected the ball off her finger tips which allowed Hagerty to take a wide open shot. She missed left and the Tartans were able to breath.

The Tartans took a 1-0 lead on a shot by C.Case who lofted a slow-arcing ball just to the left of Conquerors junior goal keeper Kaitlyn Bolanos in the 58th minute.

Los Altos equalizing score came from sophomore Malayna Mercado off of a penalty kick in the 70th minute.

“I was super happy that I tied the game. I haven’t scored this whole season so I was real happy, but it’s been unforgettable a great group of girls who I will never forget,” said Mercado.

Both teams played hard defensively and the Conquerors had many opportunities to win this game, but with great stops from St. Margaret’s goalie L. Cubbage, and a shot to seal the deal in double overtime gave the Tartans a 2-1 victory.

“We were doing good switching the ball, but we lost because it was a lucky play. It happened to us all season long, lucky plays happen but we gave everything we could we had good distribution but it came down to one play,” said Hagerty

The Los Altos Girls Soccer team were able to turn things around and compete with some of the best schools in Division 4. This marks the final game for the Lady Conquerors who finished off the year second in the Hacienda League with a 12-11-4 record. The team will return a lot of talent next season and prepare for the future.

Mercado commented about the teams future, “The team needs to keep doing good so we can make it to CIF and have more seasons like this. I appreciate everyone’s positivity, no matter what, they are always there to support you.”