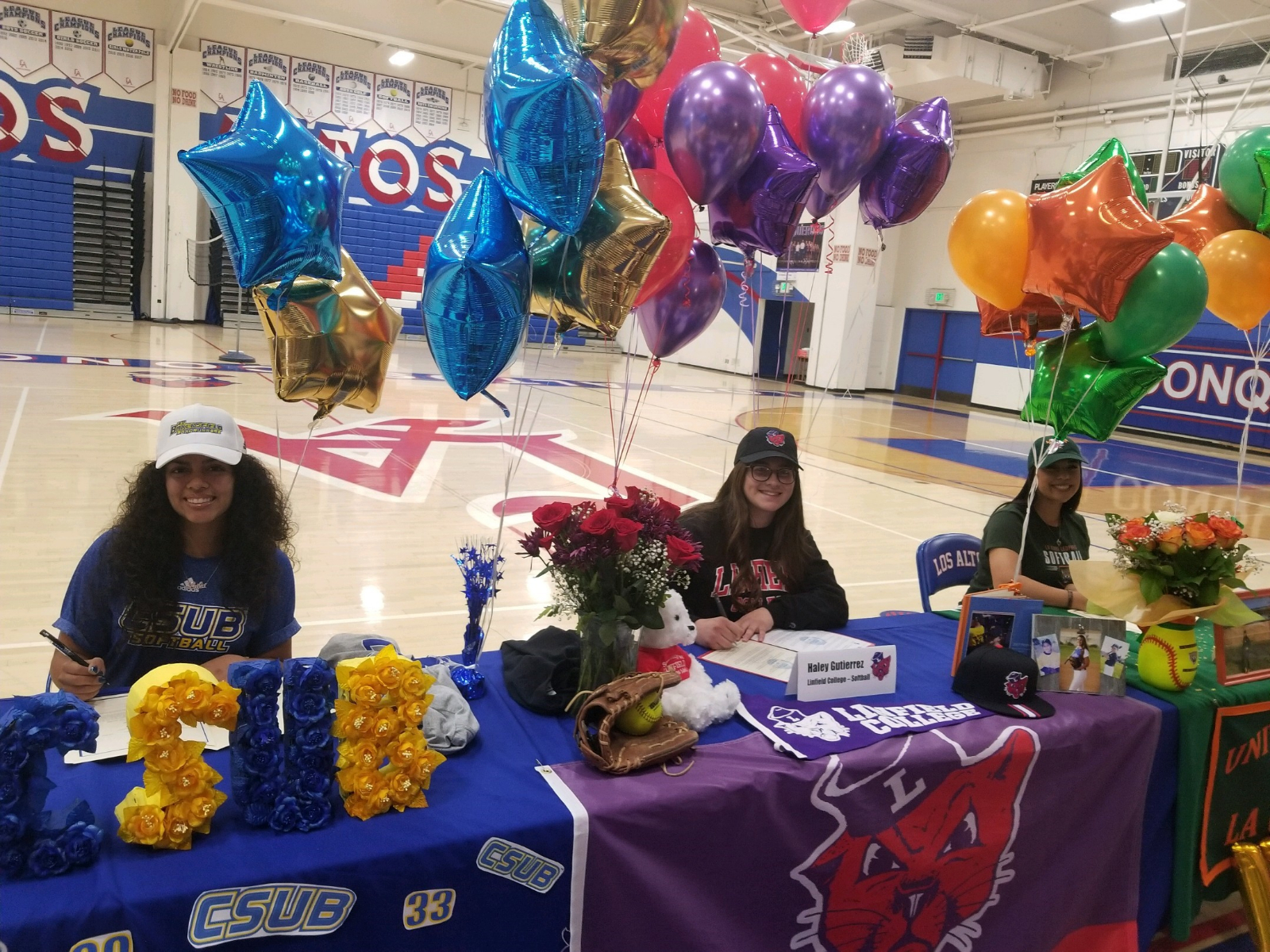 The Los Altos Softball program has had much success over the past few years and the evidence of that is the amount of girls that have committed to continue their softball careers at the collegiate level.  Three more have been added to that list as Laila Arditto, Haley Jacobo and Haley Gutierrez signed letters of intent to play collegiate softball next year.

Laila Arditto has committed to attending Cal State University, Bakersfield next year.  Laila is a 3-year Varsity lettermen who has the versatility to play all over the field but has solidified her role as the team’s starting catcher.  Last season Laila hit .481 in 20 games including 3 doubles and a home run.  Laila’s leadership skills will be something that Roadrunners will value next year.

Haley Jacobo has decided to stay local and attend the University of La Verne next year.  Haley played in 26 games last season, hitting .286 with 8 RBI and a home run.  Haley is a 3 year Varsity player that will be counted on in the middle of the infield this season.

Haley Gutierrez has committed to play next season at Linfield College.  Haley is a 2-year Varsity player that saw limited action in 2018 but will be counted on to make an impact in 2019.  Haley has decided to venture into the Northwest and attend Linfield College, located in McMinnville, Oregon. 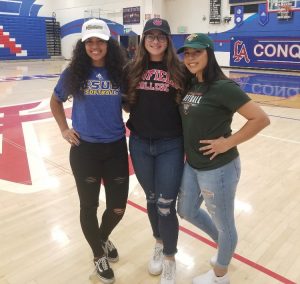