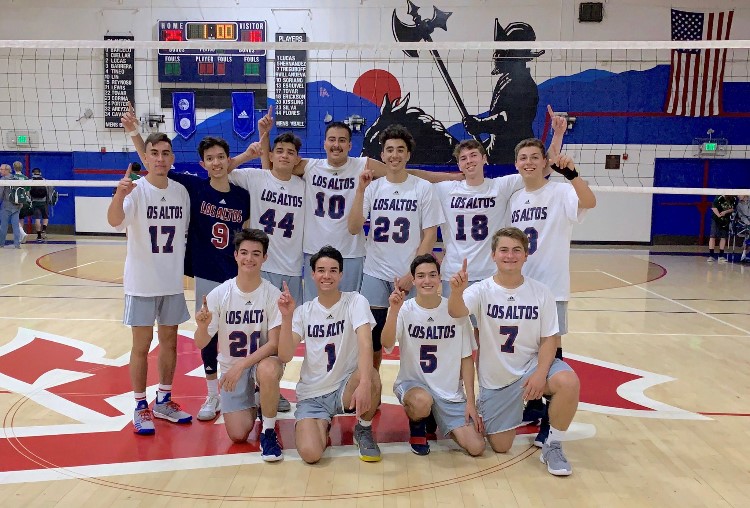 The 2018 high school boys volleyball season was fraught with frustration for Los Altos coach Paul Sanchez. From losing players late in the season due to being ineligible to having key players suffer critical injuries, it was a year Sanchez would rather forget.

“I used to stress a lot before our games last season,” said Sanchez, who is in his fifth season as the Conquerors’ head coach. “I’m a lot happier these days. We’re playing well, and the results are showing that all the hard work is beginning to pay off.”

While Sanchez likes the improvement from his returning players, it has been the addition of freshman sensation Jordan Lucas that has taken the Conquerors to a different level. If the name sounds familiar , it should. Jordan is the younger brother of record-setting Los Altos basketball player Jarod Lucas.

Jordan played basketball as a youth, but he developed a strong affinity for volleyball. He was a member of Team USA’s 15U volleyball team this past summer.

Lucas leads the Conquerors with 216 kills.

“He is such a dynamic player for us,” Sanchez said. “His passion is what takes us to a different level when he is on the court for us.”

According to Jarod Lucas, who is a two-time San Gabriel Valley Tribune Boys Basketball Player of the Year, Jordan has all the tools to keep the Lucas tradition alive at the school.

“I’m glad to see my little brother finding his own sport and excelling,” Jarod Lucas said. “He has a great opportunity to lead his team to a CIF championship.”

Sanchez also likes the production the team has received from libero Eduardo Villanueva. The senior leads the team in digs with 205.

“He is fast and has a lot of experience,” Sanchez said. “He has terrific ball control. His older brother was a libero for us, so it runs in the family.”

Link to the Tribune Article