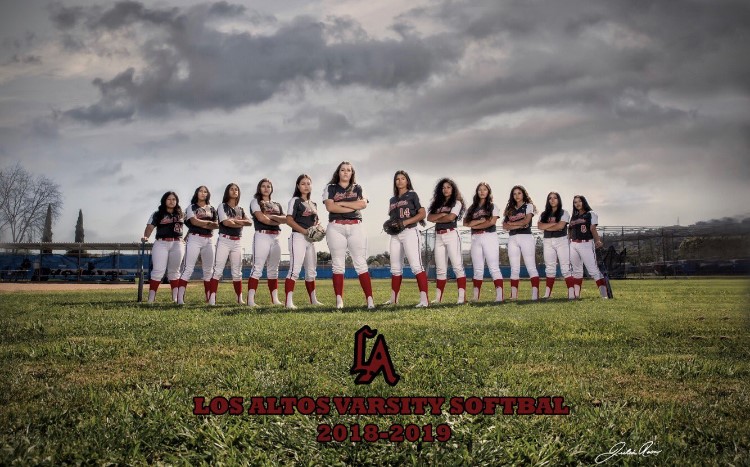 What began as a bit of roller coaster start to the season eventually leveled out as the Lady Conquerors surged into the playoffs riding a 5-game winning streak.  The girls finished the season with a 16-9-1 overall record and a second place finish in the Hacienda League with a 7-3 record.

The first round of league was bumpy as the team dropped close games to South Hills and Diamond Ranch and had another loss to Walnut. However, the team really figured things out during the second round of league play as they went 5-0 and solidified a second place finish.  Freshmen pitcher Samantha Bohorquez found her groove late in the season and was an integral part of the strong finish.  Senior Jocylyn Vidal leads the team with a .425 average and 11 doubles while Junior Mikayla Ceballos has pounded 9 home runs this season with a .390 average and 29 RBI’s.  Seniors Shyanne Sanchez and Laila Arditto have been big time contributors as well. Sanchez is hitting .351 with 4 home runs and Arditto is hitting .355 while doing a masterful job behind the plate.

The girls will hit the road for the First Round of the Division 1 playoffs on Wednesday.  In an amazingly tough bracket that features some of the best softball teams in the country the Conquerors will face Orange Lutheran, the second place team from the Trinity League.  Game time on Wednesday is at 3:15.  The winner will play on Tuesday May 7th against the Pacifica/Valencia winner.