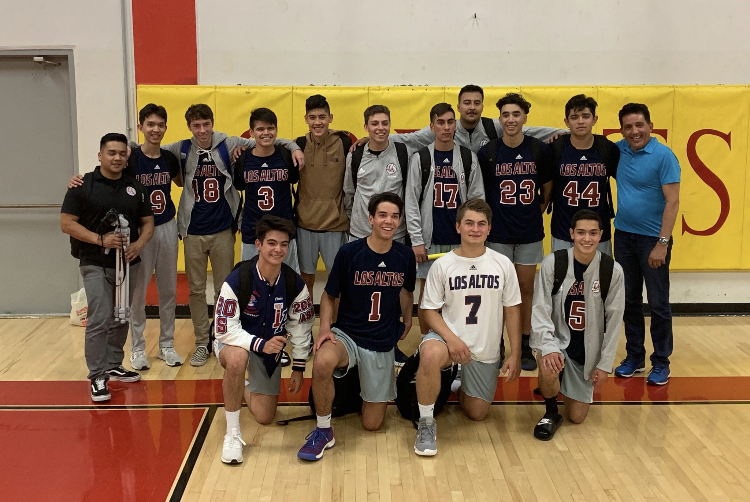 At the start of the 2019 Boys Volleyball season, coach Paul Sanchez knew his team was special and would have the opportunity to make a deep run into the playoffs.  Those expectations have been met and now the Conquerors are headed to the division 4 semifinals.  After the Conqs wrapped up the their undefeated Hacienda League season without losing a set, they continued that dominance in the postseason.

The boys dispatched of the Anaheim in straight sets in the opening round of CIF, followed by another sweep of Torrance. After two home games, the squad took to the road and headed north into Lancaster to take on the Paraclete Spirits.  Paraclete proved to be a formidable foe as they jumped out to an early lead on the Conquerors before the boys battled back to take the first set.  Paraclete rebounded and won the 2nd set but Los Altos responded with wins of sets 3 and 4. Now the Conquerors will play in Long Beach as they take on St. Anthony’s in the semifinals.

St. Anthony’s is the #2 seed in Division 4 and have posted an impressive 29-3 record as the Del Rey League Champions. Game time on Wednesday is 6pm. Tickets are $10 for adults and $5 for students with ID.  St. Anthony’s is located at 525 Alamitos Ave. Long Beach, 90802. Parking and the entrance are located on the backside of the gym and can be accessed off 6th street.