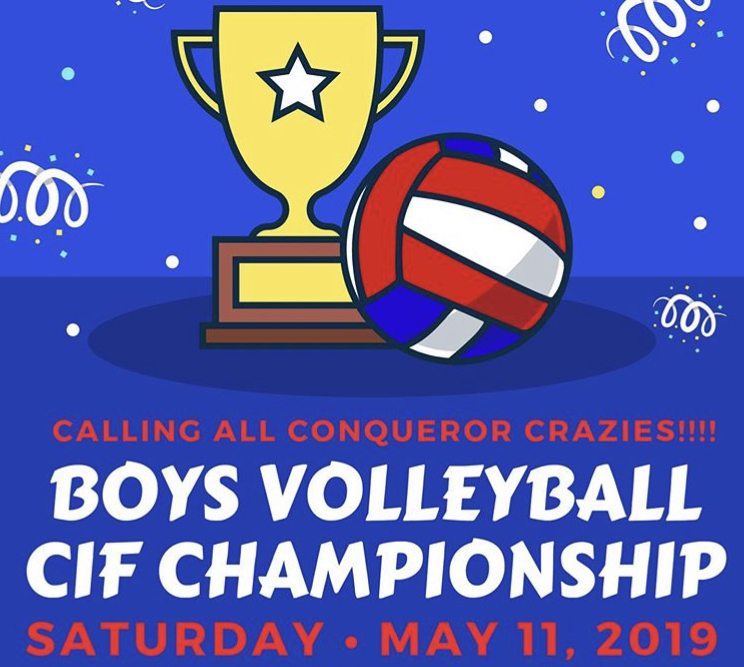 The Los Altos Boys Volleyball Team has made an amazing run to the CIF Finals and CIF has granted the school the opportunity to host the Final match on Saturday evening. The Boys engaged in an unbelievably intense battle with St. Anthony in Long Beach on Wednesday night. The match went back and forth in front of a raucous crowd but the Conquerors persevered and came out victorious in the 5 set slugfest, 21-25, 25-21, 29-31, 25-19, 15-11. The Conquerors lost an epic 3rd set, but rebounded and jumped out to a large early lead in the 4th set and carried that momentum into the 5th. The squad showed resilience and the ability to handle adversity in a hostile environment. Freshman Jordan Lucas put forth another amazing performance but the squad got strong performances from setter Chris Kissling, Outside Hitter Jackson Esquivel and Middle Blockers Damian Soriano and Ruben Silva. 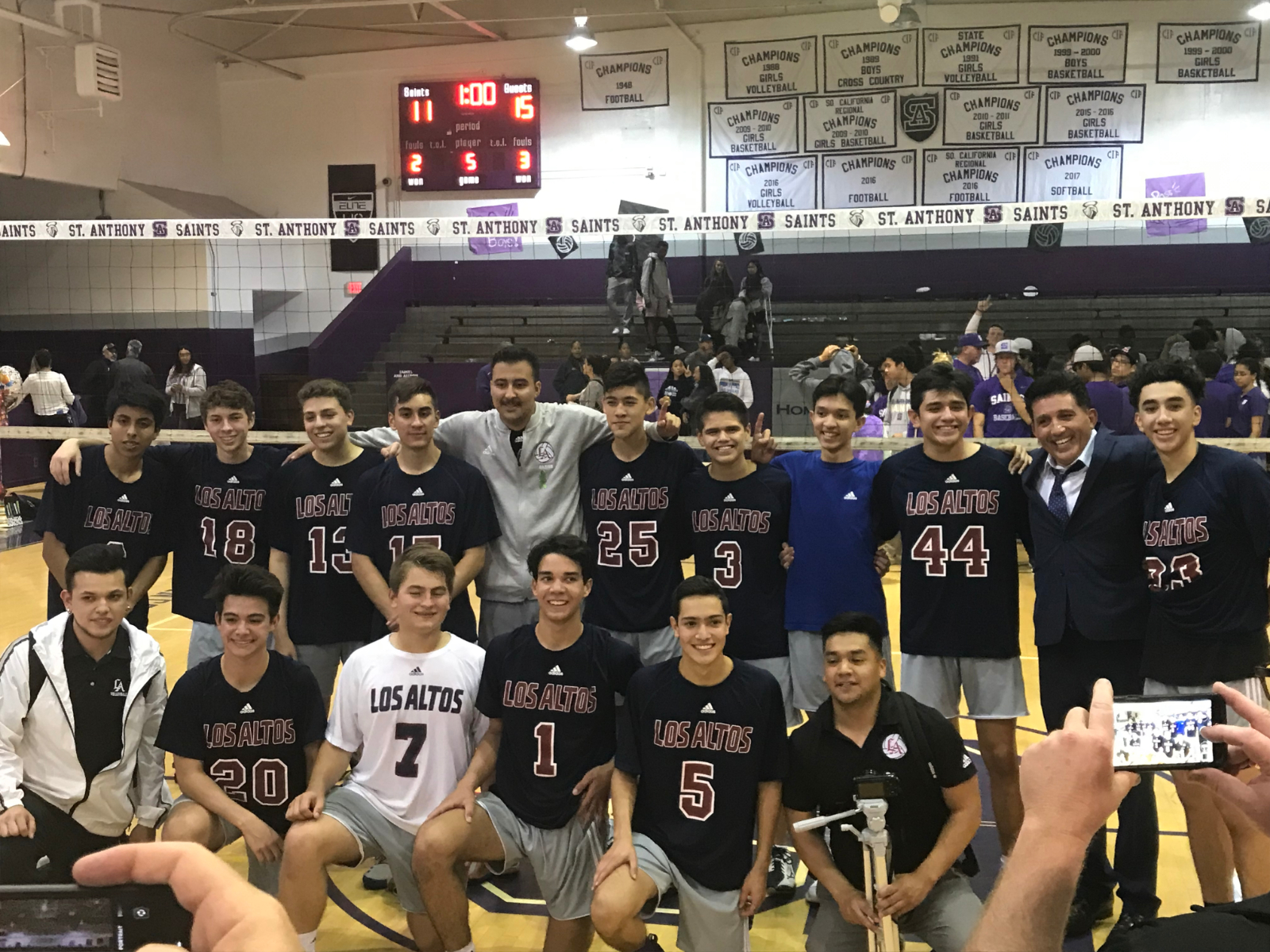 The Conquerors advance to face Windward in Saturdays CIF Final.  Windward is the Gold Coast League Champion and boasts a 23-1 record.  That loss was to Paraclete which Los Altos defeated in the quarterfinal round. Saturday will be the first time the Boys Volleyball program has reached the CIF Finals since 1984 and 1985.  If the boys pull out the victory, it would be the first CIF title for the program.

Please join us in experiencing this amazing event and supporting the boys on Saturday evening.  Game time is 6pm and tickets are $12 for adults, $5 for students and children 5-13.