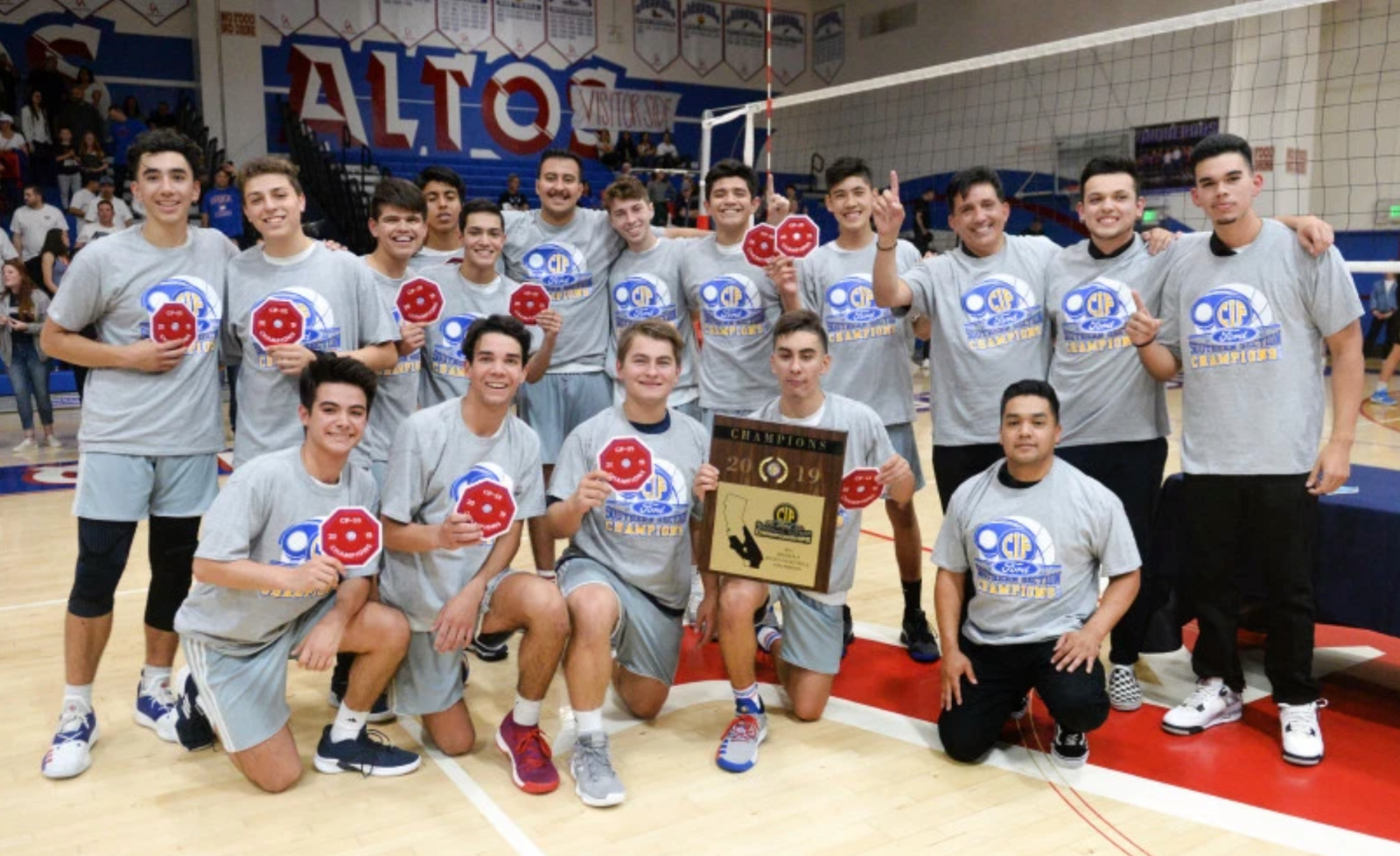 If you thought four years of Jarod Lucas at Los Altos High School and what he did over the winter — becoming the all-time CIF Southern Section boys basketball scoring champion — was a once-in-a-generation experience, the new kid on the block, his brother Jordan Lucas, showed why he’s the next great one to come along.

Already known as one of the best freshman boys volleyball players in Southern California, Jordan Lucas, a high-flyer with over 300 kills this season, dazzled and dominated with shot-making slams and precision touches for winners, finishing with 28 kills to lead Los Altos to a 25-23, 25-23, 25-22 sweep of Windward on Saturday in the CIF Southern Section Division 4 championship match, giving the Conquerors their first boys volleyball title.

Los Altos was making its first championship appearance since back-to-back title losses in 1984 and ’85, and with three more years of Lucas, there could be more to come.

Los Altos freshman Jordan Lucas gets emotional after talking about their championship sweep over Windward for the Division 4 title pic.twitter.com/gOCrDZS4Wg

“It’s unbelievable,” Lucas said. “Representing Hacienda Heights and Los Altos and having a legacy here where my dad is a coach and my brother is an all-star, it’s unbelievable. All the work that we put in paid off.”Lucas had plenty of help. Senior Damien Soriano had eight kills and Federico Flores had four blocks. Juniors Chris Kissling and Jackson Esquivel also played well, but after needing a five-set victory over St. Anthony to get to the championship, the Conquerors showed their mental toughness in big moments, winning the first two sets by two points, and each time, battling back from early deficits to pull them out.

And it did the same in the third set, falling behind a couple points early before coming back and getting the winning kill from Lucas for the 25-22 win to clinch it.

That was Lucas in a nutshell. In the big moments, he wanted the ball and delivered.

“I told Chris (Kissling), my center, that the ball needs to be in my hands,” Lucas said. “That’s where I’m clutch. We have that connection. We’ve been together for five and six years since (our youth). We know how to play in those moments and it’s so unbelievable that this happened.”

Kissling has seen it before.

“It’s his passion,” Kissling said of Lucas. “There’s nobody else you would rather have in that moment.”

Los Altos coach Paul Sanchez said the moment Lucas walked on to campus, he told him he wanted to hang banners.

“The first thing he told me is coach, ‘We’re going to win a CIF title.’ ” Sanchez recalled. “And I believed it, but there’s so much work to do in between. And a couple months later, here we’re.”

Los Altos’ season isn’t over. The Conquerors (28-4-1) will compete in the state volleyball playoffs next week against an opponent that will be announced Sunday, but they will enjoy this for now after handing Windward (23-2) just its second loss of the season.

“I’m speechless,” Sanchez said. “I’m just grateful and the boys they deserved this, they worked so hard. Last year was a difficult experience for us and this was motivation.”

Los Altos fell behind quick in the first set, trailing 5-1 and 10-5 when Sanchez called a timeout. After falling behind 14-7, the Conquerors fought back, getting back-to-back kills from Lucas to pull within two, and they finally tied the score, 18-18, on Kissling’s soft touch directing it over the net.

The Conquerors finally pulled ahead, taking a 21-19 lead on Flores’ block and on set point, the Wildcats served into the net, giving the Conquerors a come-from-behind 25-23 win to take the early lead.

Just like the first set, Los Altos fell behind early, but battled back and led 21-19 in the second set and controlled the big points down the stretch, getting big contributions from Esquivel and Kissling. But it was Lucas who put the second set away, slamming a cross-court kill for a 25-23 victory to put Los Altos up by two sets.

The Conquerors will be at Mt. Carmel High School on Tuesday night for the first round of the state regional playoff.