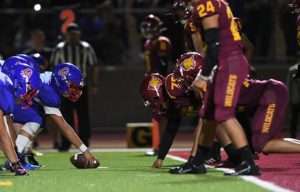 With the future of the rivalry still a question mark, the Los Altos Football team made sure that everyone at Friday nights game were not confused about who the better team was.  The Conquerors dominated all facets of the game en route to a 64-16 thumping of Wilson.  Los Altos scored 9 touchdowns, with 6 different Conquerors crossing the goal line. 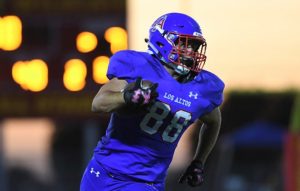 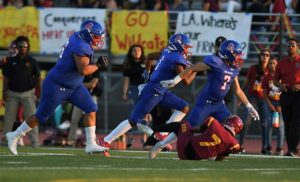 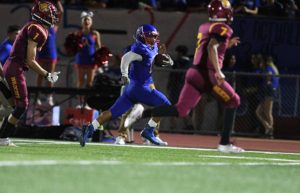 The Conquerors have been impressive thus far but face a good test this week in Monrovia who is also 2-0.  Monrovia has defeated Don Lugo and Alta Loma in its first two contests and will definitely be ready to battle.  Kickoff is at 7pm on Friday night as Los Altos hosts Monrovia in Pat Mauch Stadium.