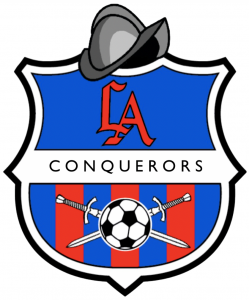 The 2019-20 Conquerors are looking to rebound from a rough season that saw the team finish below .500 and miss the playoffs.  The squad had some success early in the season but couldn’t get on track after winter break.  This year’s team is looking to turn things around and get the program back on track.

The 2019-20 team will be led by Mikey Sedano, Erniesto Figeuroa, Saul Gonzalez and Mario Lucero. Newcomers for are Adam Cardenas, Javier Murillo and Augustin Leiva will contribute significant minutes and will be depended on to make contributions early. Coach Arellano wants to have his team ready to win tournaments in order to prepare them for the league season. Coach believes this team has a chance to win the Hacienda League and make a run in the CIF Playoffs.

The Boys have already notched their first win of the year, 1-0 over El Monte and lost a close one to Sierra Vista 1-2.  The team will have a week off from games before taking on district rivals Wilson and La Puente in the first week of December.  The squad will also take part in the Monrovia and Sierra Vista Tournaments before winter break.