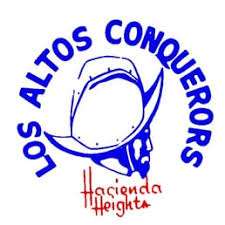 The Los Altos Varsity Girls water polo team looks to defend its Hacienda League Championship this season as it only lost two starters from last years squad. The team will be led by Senior Maggie Moreno who had 75 goals last season and was second in scoring behind league MVP and teammate Kimberly Castrellon. The girls will have to replace 130 goals somehow and have the Sophomores and Juniors who primarily make up the team step up and contribute to what was lost. Sophomore Jackie Moriel and Junior Goalie Priscilla Hernandez are the top two defensive specialists for the team that will help the Lady Conquerors continue their excellence in the Hacienda League and CIF-SS Division 5. Newcomers that will contribute this year are Sophomore Kennedy Adams and Junior Arizha Fonseca.

The girls won their season opener on Wednesday, 14-2 over Lakewood. Today the girls host and compete in the 7th Annual Holiday Invitational.  The team plays Westridge at 3pm at Los Altos.