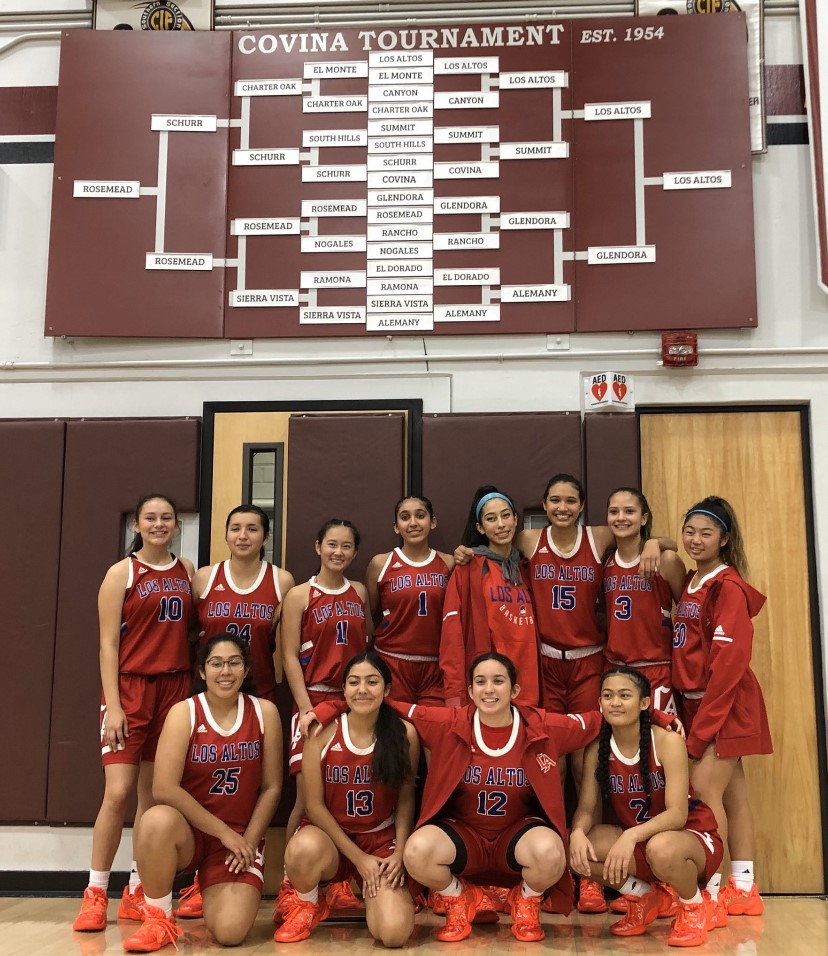 You can add Los Altos to the expanding list of serious contenders to win a CIF Southern Section Division 2-AA girls basketball title.

Madelyn Roel scored a game-high 21 points and grabbed five rebounds that helped lead the Conquerors to a 54-41 win over Glendora in the championship final of the Covina basketball tournament.

Roel, a returning San Gabriel Valley Tribune first-team all-area selection, scored 14 points in the first half, which included a half-court buzzer-beating shot that gave Los Altos a 29-27 lead at halftime.

“I think our girls were a little nervous because they have been to a championship game in a while,” Los Altos coach Mark Nakamura said. “And they knew that (Glendora ) has been good for a while. We did what we had to do – we executed well in the third period that gave us some space.”

It was a frustrating night for Glendora (9-4) as the Los Altos defense made it difficult for the Tartans to get quality looks at the basket in the third period. Los Altos went on a 12-0 run that was stopped when Tartan senior Jorday Holmes converted on a layup with 3:20 left in the third period that gave Los Altos a 37-29 advantage.

Glendora was led by Holmes, who had a double-double with 16 points and 15 rebounds. Kennedy Herrmann tallied nine points with 13 rebounds, and Kennedy Pucci added eight points. Holmes and Pucci were named to the all-tournament team.

Roel slammed the door on the Tartans late in the fourth quarter with a clutch layup with three minutes left that gave Los Altos (7-1) a 50-37 lead. She also converted a final mid-range jump shot with 1:30 left in the game that sealed the Tartans’ fate for the evening.

“It started out a little shaky,” said Roel, who was named the tournament’s Most Valuable Player. “We knew that they were a top team in the area, and we definitely respected them a lot. We started to play our game. As a captain, it’s my job to get my team going, and that basket at the end of the first half helped us.”

Another player that had a significant role in the victory was Jenica Hernandez. The senior scored eight points and snatched a team-high ten rebounds along with a steal and a blocked shot. Christina Liao (who scored six points) and Emma Magana were also named to the all-tournament team.

According to Roel, this year’s team has a much different mental approach compared to last season. “I would say that we don’t have any drama on this team,” Roel said. “We don’t have time for that type of stuff. We know that we are going into battle together, and this no point with anyone have a beef. Chemistry is the number one thing for us.”