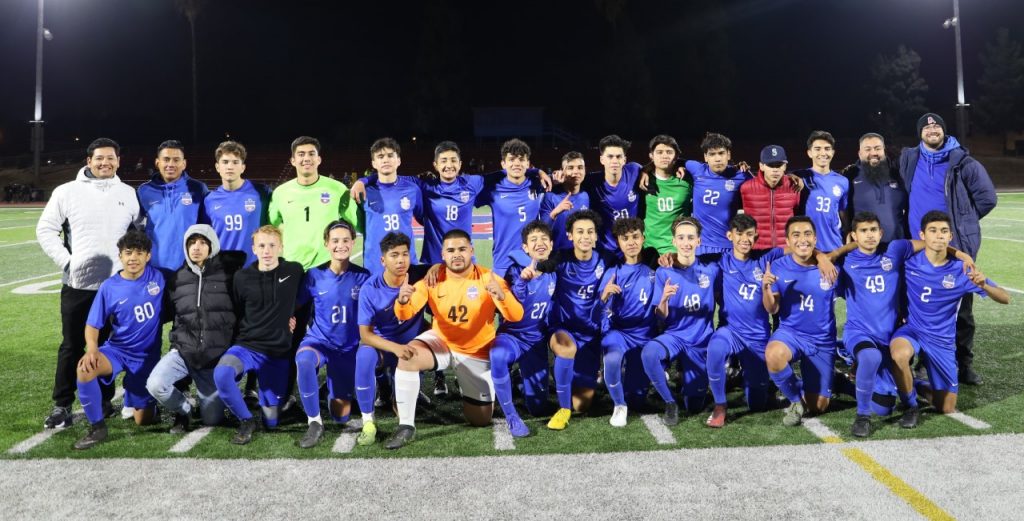 The Los Altos Boys Soccer team accomplished something this week that hasn’t been done since 2016, won the Hacienda League title. The program won league in 2016 but has sputtered over the past few seasons. This year’s team focused and put the work in to accomplish their goal of winning league.

The group finished the first round of league atop the standings with at 4-1 record and had to hold off league foes who made a push late in the year. The teams loss to a surging Diamond Ranch with 3 games left to play put their league title hopes in limbo, but the squads strong finish ensured they would stay on top. The boys finish the regular season with a 13-7-1 overall record and an impressive 8-2 record in league. CIF brackets are released on Saturday morning and the Conquerors are likely to host a first round game when the Division 6 playoffs begin on Wednesday February 12th.