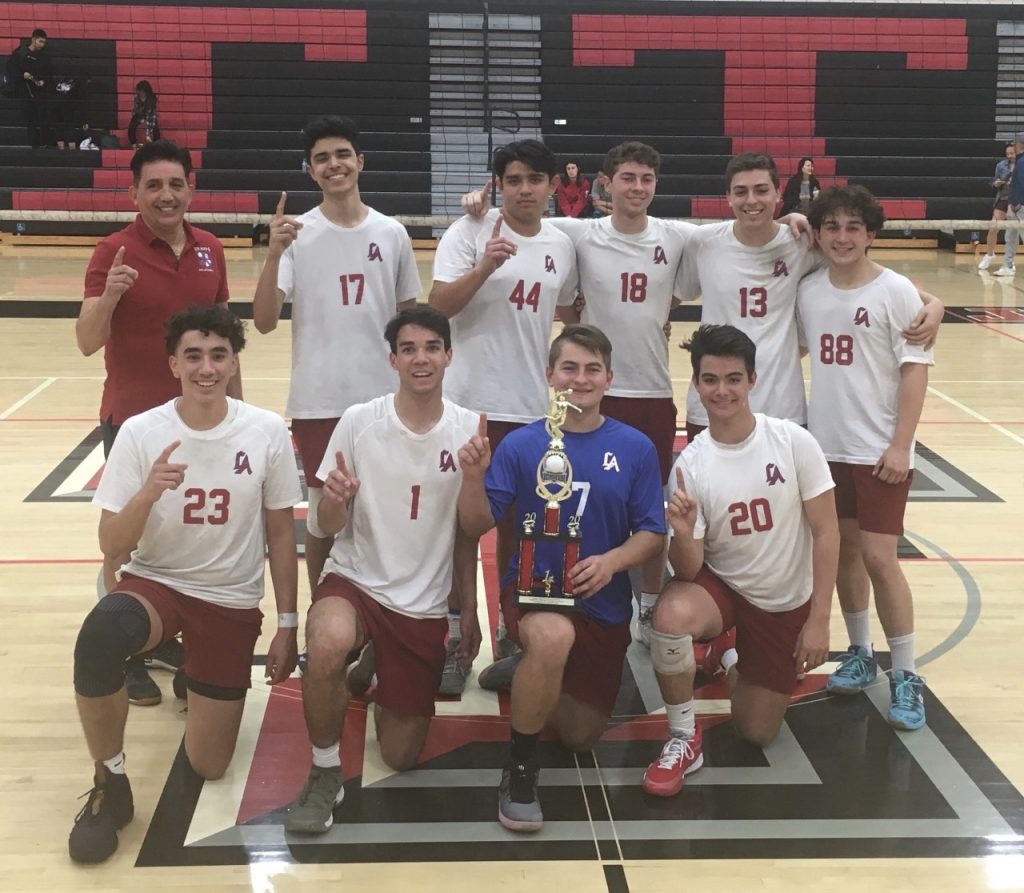 The Los Altos Boys Volleyball team has picked up right where they left of last season. Last season the boys won a CIF Title and this year they are off to a 7-0 start to the season. This season the boys have been bumped from Division 4 all the way up to Division 1/2.  Divisions 1 and 2 will be divided up at the end of the regular season based on how the teams perform.

So far the team is blasting through their competition, winning their first two non-league matches and then wrapping up a busy week with a dominant performance in the Tustin Tournament. The boys dispatched of a number of Orange County opponents en route to the tournament championship, beating Irvine 2-1 in the finals. This week the team will host South Pasadena on Tuesday before taking part in the Long Beach Invitational on Friday and Saturday. 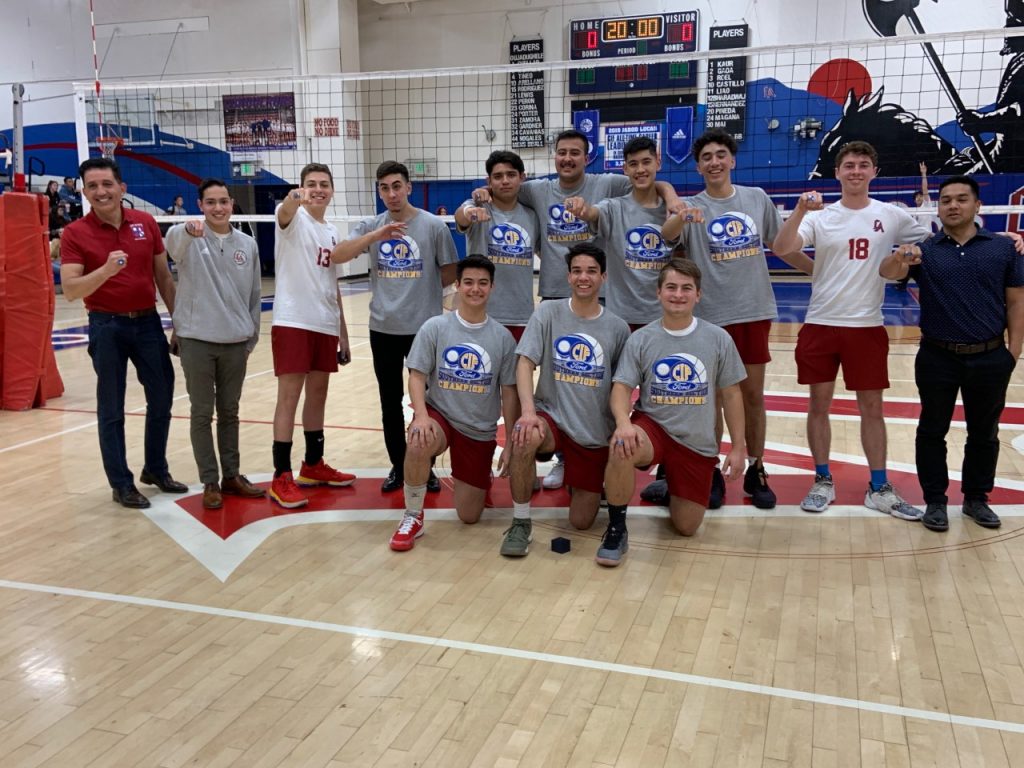 Before Tuesday’s home opener our CIF Champions were presented with their CIF Rings. The current team members as well as a few graduates from last years team were awarded their rings as a symbol of the magical CIF experience of 2019. The Championship Banner was also raised in the gym so the team will be forever remembered as part of Los Altos’ proud history.  The boys waited 9 months for the rings so they were beyond excited to finally receive them. Congratulations!! 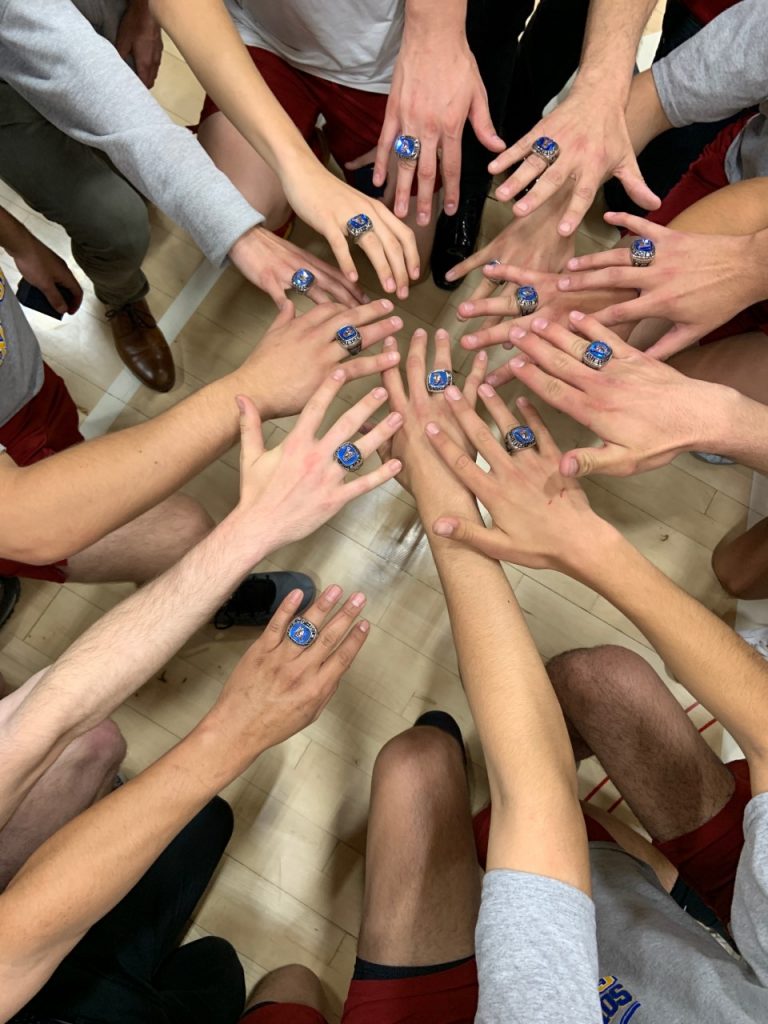