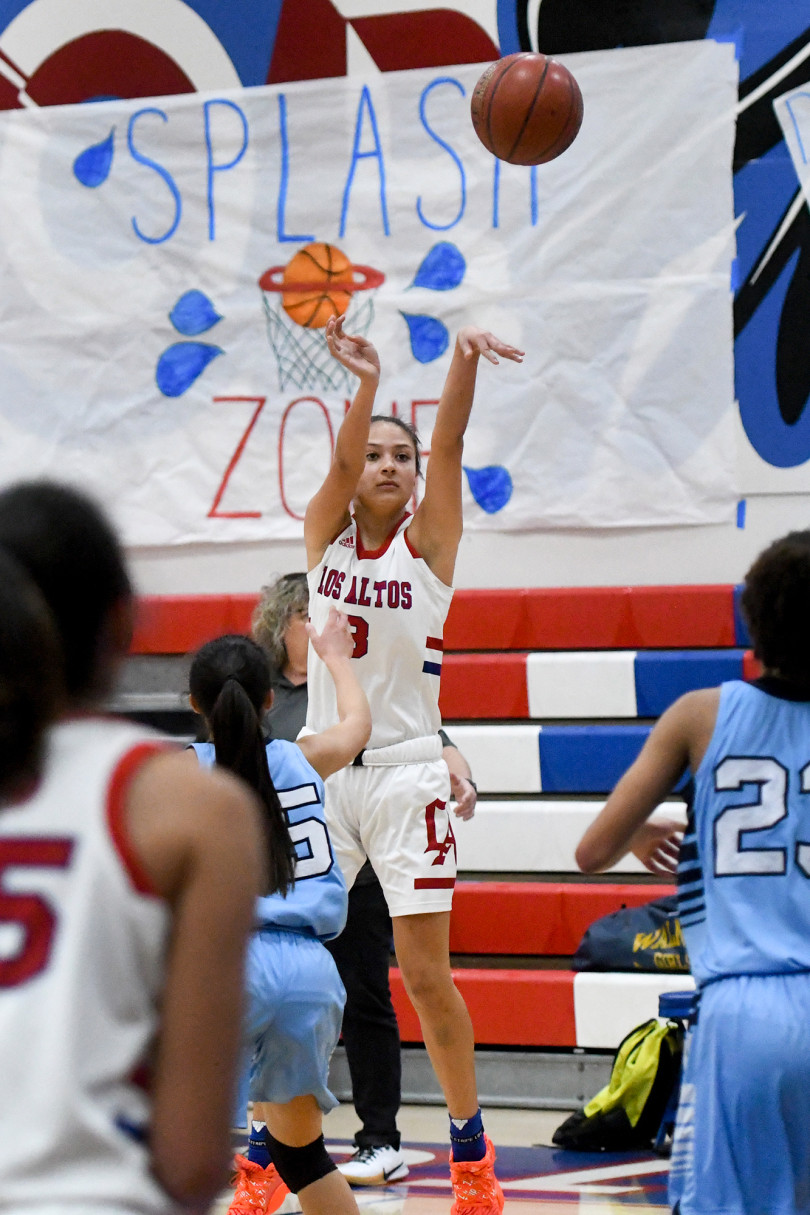 In many ways, Los Altos senior Madelyn Roel represents what it takes to be an elite guard these days in girls basketball.

The position requires prolific shooting from the field, excellent ball-handling skills, a fearless mindset on drives to the basket, the fortitude to grab rebounds, and the ability to carry a team when needed.

Roel showed all of those traits this season as she led her team to the Hacienda League title, the championship in the prestigious Covina Tournament and to the second round of the CIF Southern Section Division 2AA playoffs.

Roel, given the nickname “Baddie Maddie,” was the Hacienda League Most Valuable Player.

“I’ve learned that it’s not all about points,” Roel said when asked how she improved her overall play this season. “I’m more focused on rebounding and making sure the open player gets the right pass and the best pass.

“I was part of a team that had no drama. We had no time for drama. We knew that we went into battle together, and there was no point in having a beef with anyone.”