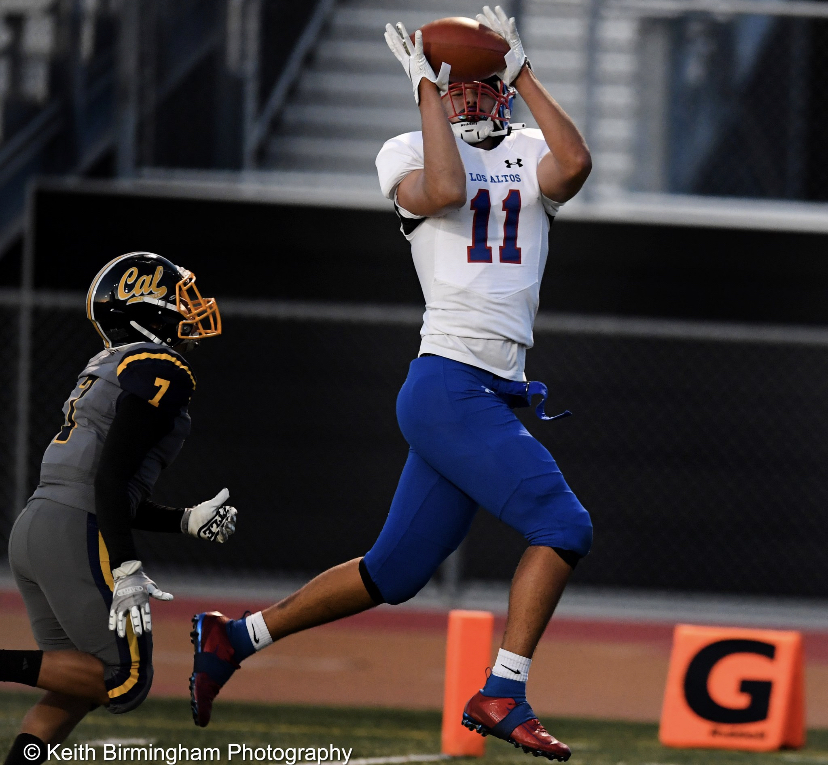 Ask any young coach and they’ll tell you that getting off to a successful start in the season opener is extremely important.

No matter how ugly it may look.

That was the case Thursday night as California High hosted Los Altos in the season opener for both schools. It was a game that featured several big plays, missed opportunities, and a plethora of penalties.

The Condors made the most of their scoring chances by scoring two touchdowns in the fourth period for an 18-6 win over the Conquerors.

The Condors put the game away on their next possession when Vance Johnson, who led all rushers with 98 yards rushing, scampered 25 yards for the final touchdown of the game.

“I love my guys, they just want to play and they have been working hard,” second-year Condors coach Louis Zamora said. “We just told our players in the fourth quarter to do what we do. There is no special magic – we just needed to play our style of football on offense and defense.”

It was a rough night for Los Altos. The Conquerors were playing without two key players, brothers Zedekiah and Zecheriah Rodriguez-Brown who are not playing football this season.

“When you come out with young guys, you are expected to make some mistakes,” Los Altos coach Travis Brown said. “Most of us haven’t touched a field in a year. These mistakes are going to happen, but we’ll take the opportunity to watch the film, break it down and move on to the next game.”

The game got off to a fast start when Condors quarterback Jonathan Morales connected with Alex Petigny on the first play of the game for an 80-yard touchdown pass.

Los Altos scored on its opening possession when Justin Gaytan, who completed 10 of 21 passes for 54 yards, found Aiden Valdez in the end zone for an 18-yard touchdown pass that tied the game at 6.

The Conquerors had a golden opportunity to score early in the second quarter when Valdez recovered a fumble at the Cal 3-yard line. However, several key penalties led to a missed 40-yard field goal attempt by Jacob Gonzalez.

Morales had a productive night for California, completing 7 of 11 passes for 187 yards and an interception.

Los Altos will host rival Hacienda Heights Wilson next week, while California will have next week off before hosting El Rancho on April 3.