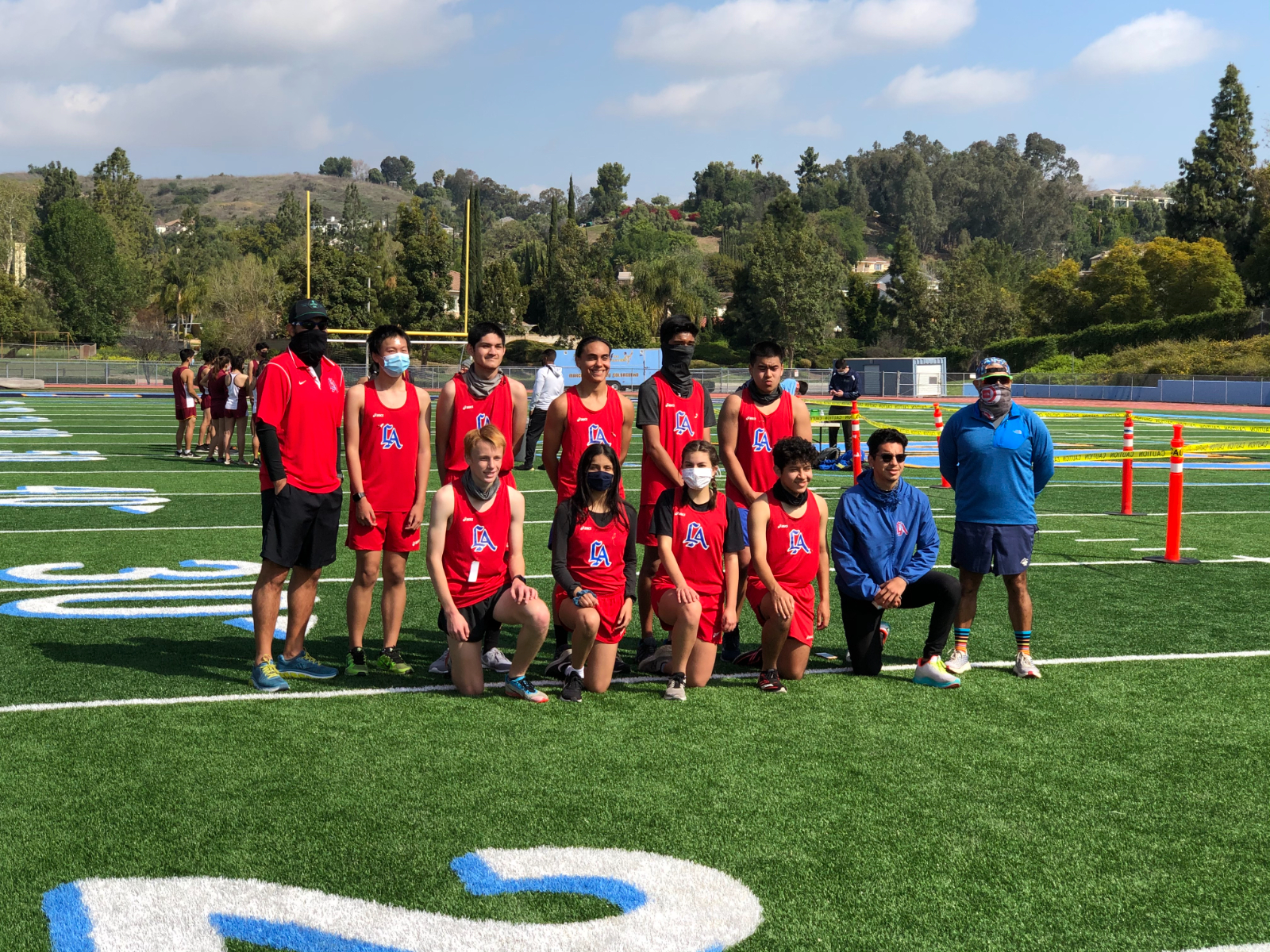 When the possibility of high school athletic competitions resuming seemed like something that could really happen, cross country was the first sport to be given the green light to resume. Given the non-contact nature of the sport and the ability for runners to be distanced it was a sure bet that Los Altos Cross Country would be allowed to race in 2021.

Although many were able to run get workouts in throughout the the fall and winter, the teams needed to get themselves into competition shape. The Hacienda League agreed to give schools as much time as possible to get into proper condition before competing in a league race. League Meets were set up across a 3-week time span with League Finals taking place on the last possible date according to the CIF calendar. The Conquerors fielded a much smaller team than usual but ran hard and competed well over the 3 races.  The Boys had 3 runners earn Second Team All-League Honors: Noah Palafox, Ethan Francis and Adrian Estrada.