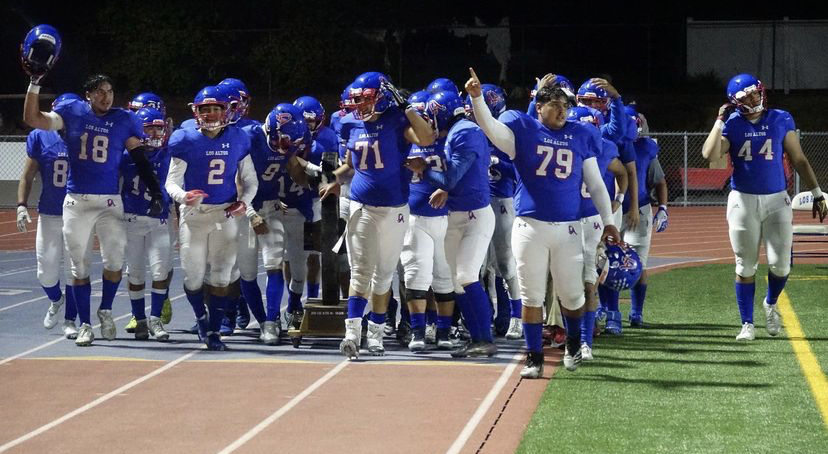 The 2020 High School Football was teetering on the edge for most of the 2020-21 school year. While other states played and finished full seasons, others like California were hesitant to give the green light. That green light came in February with restrictions that were slowly stripped away as the COVID numbers fell. The Conquerors were able to complete a 5-game season and made it through the season without any major issues.

The Los Altos Football program was finally given the all clear to start full padded practices at the end of February which only gave the Conquerors about 2 weeks of practice before their first game. The boys had been conditioning and lifting weights in the Fall before a spike in COVID numbers shut down all activities from Thanksgiving through February. With little prep time, the eager Conquerors suited up and battled through their 5-game season. The Conquerors dropped their season opener to Cal High in a tight ballgame but went on to retain “The Wheel” in the home opener against Wilson. The league season was definitely rough as the Conqs lost all 3 league contests to finish the season 1-4.

While the outcomes were not what all had hoped for, the season was a definite success. Being able to get out there on the field and experience football under the lights again was an absolute victory for all involved.