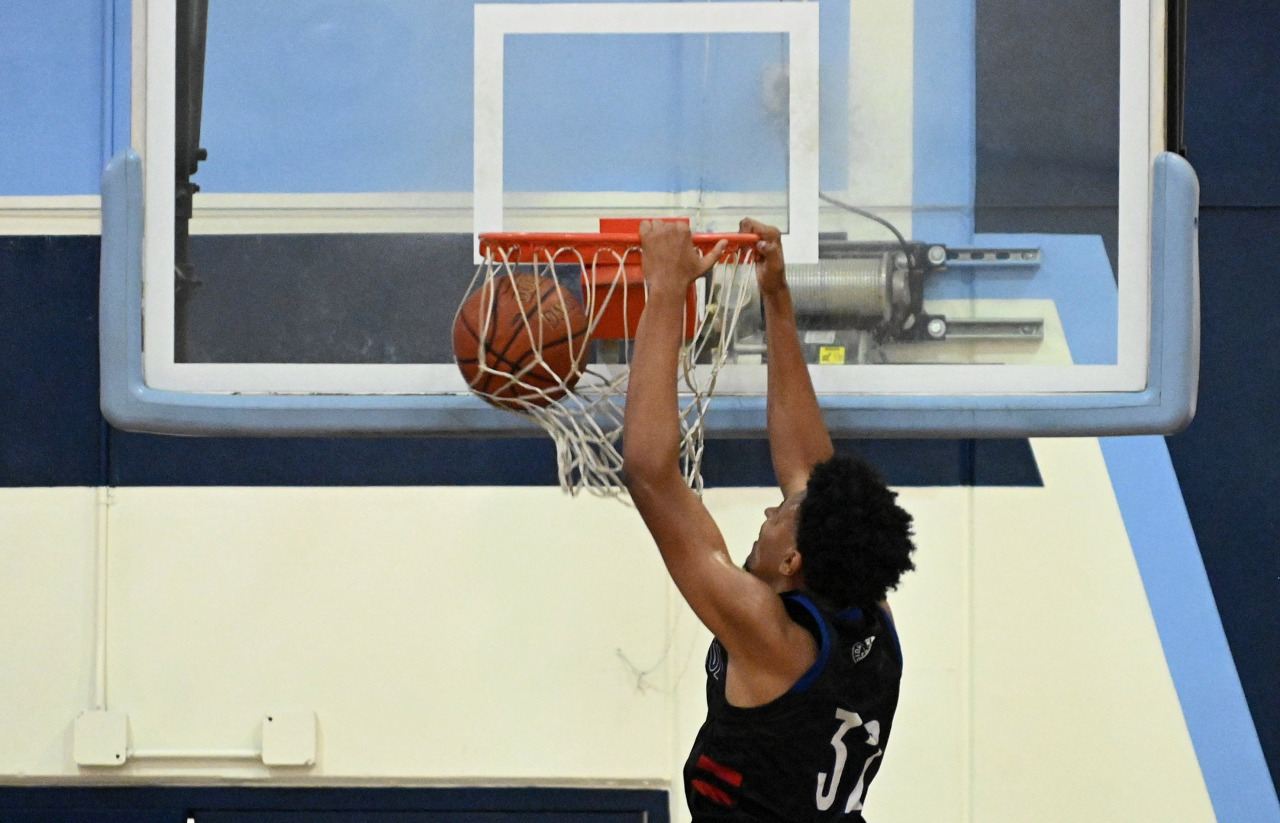 The future was in the spotlight Friday night during a Hacienda League showdown between the Los Altos and Walnut boys basketball teams.

Two of the top sophomores in the area, Los Altos’ 7-footer Jazz Gardner and Walnut’s Malik Khouzam, engaged in an intense scoring duel that mesmerized those lucky enough to be in attendance.

Gardner’s 28 points, eight rebounds and three blocks that proved to be the difference in the Conquerors’ 69-61 win over the Mustangs.

“We were able to get the ball to (Gardner) because he’s so tall and has great length,” Los Altos coach Jeff Lucas said. “We’re getting used to different coverages and we’re trying to do a lot of cutting (to the basket). He’s a very good passer and that helps as well.”

Khouzam led all scorers with 33 points while connecting on four 3-point baskets. Ryan Lim had 10 points and was the only other player to score in double-digits for the Mustang (4-4, 1-1).

“We got after it as a group,” said Walnut coach Joe Khouzam, who is also Malik’s father. “We had a bit of a slow start and ended up playing catch up the rest of the night. We talked about their size and their press, but it’s hard to mimic that in practice.”

The mixture of senior leadership to go with the talent of Gardner and Bahati has Los Altos’ Lucas excited about the remainder of the season.

“We are very balanced,” Lucas said. “We got some older guys that are playing well and some talented young players and it’s a good mix of young and old.”

According to coach Khouzam, Gardner’s presence around the basket proved to be too much for his squad to handle.

“Give credit to (Gardner). He’s gotten a whole lot better from last year to this year,” Khouzam said. “He’s a lot stronger and shooting it a lot better. He also has a nice feel around the basket.”

It didn’t help matters that Los Altos scored the first seven points of the fourth quarter to take a 59-48 lead that Walnut wasn’t able to overcome.

“It was the fatigue of their bodies and them pressuring us that caused us to come out slow,” Khouzam said. “It wore us down a little bit and some shots just didn’t fall for us.”