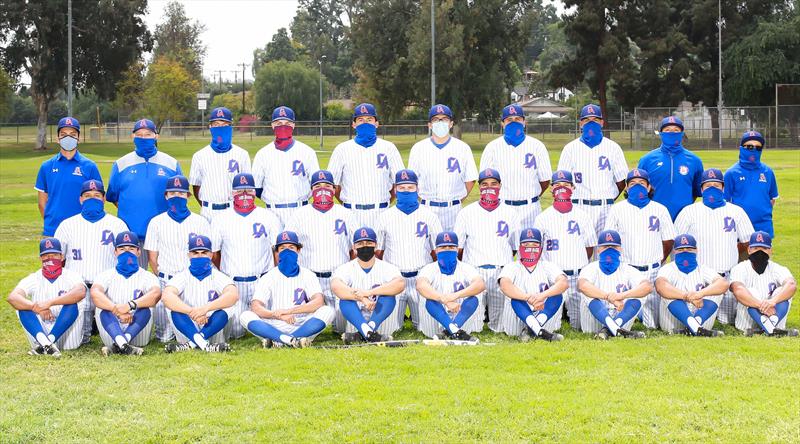 The Los Altos Baseball team is off to an amazing start to the 2021 campaign. The Conquerors boast an 11-2 overall record and won their first two Hacienda League games this week beating Rowland 18-0 and 11-0.  The two losses the Conquerors suffered were to Rancho Cucamonga early in the season and Cathedral, a team they had defeated once already.

Last week was a big one for the Conquerors as they defeated some quality teams in Glendora, Nogales and Long Beach Poly. They followed that up with a huge 3-1 victory over St. Paul on Monday. The St. Paul game was intense as the Conqs held off the Swordsmen’s late inning rally by pulling off a triple play to end the game. The good times continued as the bats stayed hot and the boys put up 18 and 11 runs in the 2 games against Rowland to start Hacienda League play.

The Conquerors will take on a good Walnut squad next week in a matchup that will have playoff implications. Varsity will be at Walnut on Tuesday and home on Thursday.